Convenience Stores of Japan: FamilyMart (Family Mart Japan)
With over 6300 stores in Japan, FamilyMart (Family Mart) is one of the larger players in the convenience store market. Founded in 1981, it was also one of the earlier chains to expand into the various Asian markets, opening its first Taiwanese store in 1998. It also has operations in South Korea and Thailand.
Posted by Chain Stores

A Blogsite and a Directory of Chain Stores with their store locators and Pattern, Trends and Technologies
used in Retail Branch Automation to Drive the Chain Stores Management.

We found that there is a great need of the information on chain stores, which is usually available on the web in the fragmented manner, so we thought of providing the aggregated data on chain stores for the benefit of visitors. 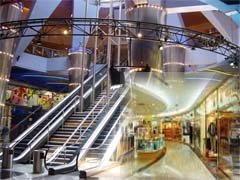